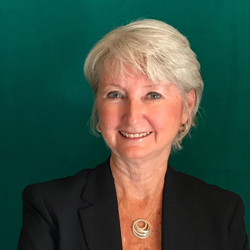 Judge French Mallen supervised her individual docket from filing the Complaint, through motion practice, discovery, pre-trial/settlement conferences and, if not resolved, conducted either a bench or jury trial. She was committed to assisting the parties and attorneys with a voluntary resolution of the dispute at the earliest possible time. Rather than allowing a case to proceed without any guidance from the Court, Judge French Mallen recommended scheduling a settlement conference as soon as the parties had sufficient information to allow good faith participation. This method presented an opportunity for resolution before the case became too expensive to settle. She would often be asked to conduct pre-trials for cases assigned on other judges’ dockets. She has facilitated settlements in more than 2600 cases over the last 20 years. As a judge, she has tried to verdict over 225 jury cases and been affirmed by the Appellate Court in over 90% of the cases appealed. Judge French Mallen’s colleagues often consulted on complex legal matters.

Upon retirement, the 18th Judicial Circuit honored Judge French Mallen with an award for judicial excellence. In 2017, the Jury Verdict Reporter recognized her career with the Lifetime Achievement Award. In 2013 she was honored by the DuPage Association of Women with the Inspirational Woman Award. In 2009 the Illinois State Crime Commission honored Judge French Mallen its award for Judicial Excellence and in 2008, she received the Bishop Shield Award.

Served as Faculty Assigned by the Illinois Supreme Court

Throughout Judge French Mallen’s tenure as a judge, she has been asked by the Illinois Supreme Court to instruct other judges in the yearly New Judge Seminar, the biannual Education Conference for Illinois Judges, and free-standing seminars on a variety of civil legal topics.

Judge French Mallen has served as a mentor for new judges and has been a frequent speaker at various bar association seminars and has authored numerous legal articles. She has also acted as the judge for many trial advocacy competitions.

22 Years as a Civil Trial Attorney

Judge French Mallen began her career as a judicial law clerk for Justice Sheldon Brown and Justice Mayer Goldberg in the 1st District Appellate Court. From 1979 to 1996, she practiced as a civil trial lawyer with French Kezelis & Kominiarek, P.C. becoming a partner in 1983. In 1990, she accepted the position of Chief Executive Officer and became the first female CEO of a top 100 law firm in Chicago. In 1996, she became the partner in charge of the Lisle office of Hinshaw & Culbertson, a law firm headquartered in Chicago with approximately 425 attorneys located in 11 states and London. Prior to being appointed to the bench, she tried close to 30 civil jury trials and wrote/argued close to 20 appeals. French Mallen not only tried cases to a jury, but also wrote and argued the briefs if the case was appealed.

Throughout her career as an attorney, Judge French Mallen concentrated her practice on hospital and physician professional negligence. She appeared in courtrooms in Cook, DuPage, Will, Kane, Winnebago, DeKalb, and LaSalle counties, as well as the Illinois Appellate and Supreme Courts. Judge

Judge French Mallen understands mediation from the perspective of a judge, attorney, plaintiff and defendant. She is committed to the fair resolution of disputes by settlement through mediation.

Judge Dorothy French Mallen (Ret.) is a member of The National Academy of Distinguished Neutrals